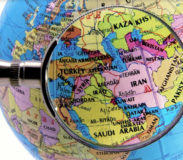 Interested in a better understanding of the Middle East?

Please join us at Rose Schnitzer Manor for lectures from local experts. Lectures are free of charge and open to the public.

Tuesday March 12
Speaker: Robert Asaadi
Topic: ‘State-Society Relations in Iran.’
Summary: Western media representations of Iran often produce the image of a monolithic society in support of the Islamic Republic regime. These accounts fail to capture the significant complexity and diversity of Iranian society. In this lecture I will explore how population demographics, globalization, and domestic political debates help us better understand the tensions between the forces of change and continuity in the Iranian case.

Tuesday March 19
Speaker: Addie Byrum, Lewis and Clark College
Topic: Arabic (Script, Structure, and Basic Expressions) and Arab Culture
Summary:  Arabic Instructor Adelaide (Addie) Byrum will talk primarily about the ways in which Arab hospitality and generosity shine through in the Arabic language and its’ beautiful expressions. She will talk about the poetic yet logical and almost mathematical structure of the Arabic language, show how the letters connect and offer a few examples of Arab calligraphy. She will also discuss and show pictures of her experiences living, traveling and studying Arabic in the Middle East and North Africa.

Tuesday March 26
Speaker: Rabbi Stampher
Topic: How Israel Was Created
Summary: This lecture is about the forces that led to the decision of the United Nations to establish a state of Israel, the tactics that were used in the war, and how Israel succeeded in winning the war.